“The Bold and the Beautiful” — Dr. Taylor Hayes: Victim or Hypocrite?

“The Bold and the Beautiful” — Dr. Taylor Hayes: Victim or Hypocrite?

If only it were this easy to stomach…

I learned a lot in English Comp 102 two years ago, but some of the things that stuck to my ribs were the basic parts of an argument: pathos (emotional appeal), ethos (ethics and credibility) logos (basic logic and comparisons), and research and evidence. With that said, I want to continue to bring that to the endless debate that is oh so bold and beautiful.

Today’s episode was far more than a barn-burner. It was definitely one of the most heated exchanges between the over-25s on B&B that we’ve seen in a while, but it also spawned one of the more heated debates I’ve seen on Twitter (follow hastag #BoldAndBeautiful). Situations like these definitely turn B&B discussions into an episode of The Last Word with Lawrence O’Donnell. So let’s cut to the chase: whose team on you on: the Brooke and the Logan-Forresters or Taylor and the Marone/Forresters? The scales seem to tip in favor of Team Taylor based on the simple fact that Brooke is like Drano, snaking through “pipes” with toxicity, and that her kids seem to have a much higher status in the Forrester family business. But when you really take the time to, dare I say, dig deep, you might begin to see why this is an unfair argument.

Just when Brooke thought that she was in the clear now that posthumous BFF Stephanie is gone, Taylor is out for blood. The fans, including me, wanted more of Hunter Tylo as Taylor. Our wish was granted, but this isn’t a Taylor that I like or remember from before. Her claim is that Brooke has essentially stolen everything from her and her kids. Being more specific, she’s referring to Brooke derailing her relationship with Ridge, Stephanie renegging on her promise to Thomas and Hope’s most recent interference with Steffy and Liam the Sock Puppet. While all of that are true, that still doesn’t give Taylor any honest reason to believe that she and her family are total victims. 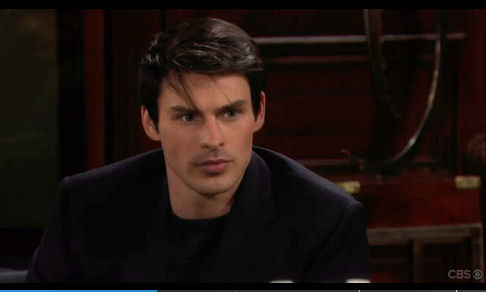 Ever since he was SORASed, Thomas has shown himself to be far more than an entitled jerk. An absent Ridge granted his son the position as interim CEO and unlike a mature business-oriented adult, he decided to use this opportunity to throw his temporary weight around, belittling everyone around him including his own aunt, Pam. Instead of taking the high road and pushing his issues with Rick to the side for the sake of sheer business, he chose to square up with him and accidentally push him out the window, all with seemingly no remorse. That’s not necessarily what I’d want in a boss. He had every right to be upset with his grandmother. It’s her shares and money, but a deal is a deal, especially coming from Grandma. I know how I am with mine and if she were to do that to me, I’d be beyond hurt–a word I never use. But I’d have no choice but to get over it because it’s her executive decision. After Eric chose Rick to be the new lead, the person with solid leadership experience having run Forrester’s international division, Thomas began to show is ass even more than ever with the childish frowns, tantrums and passive-aggressive behavior. Thomas’ issues with Rick stem from the Forresters’ insistence that Rick killed Phoebe, when that clearly wasn’t the case. However, that doesn’t excuse Rick from later engaging in a relationship, or at least some sort of flirtation, with Steffy. How can Taylor claim Thomas as a victim when he’s setting houses on fire and blowing up cars? I guess he’s off the hook because he “only wanted to scare Rick.”

As for Steffy, I’ve already dedicated my previous blog to her and I can’t hammer that point any more than I already have. The only person left in this equation is Taylor. Brooke had no right to do the things she did and Taylor is just as pissed as any warm-blooded human would be. But you begin to cross a line when you seem to spend less time doing work with clients who need help and more time making it your life’s mission to give your rival hell. How sad is it that Taylor chose to use Katie’s PPD as a way to dig up dirt on Brooke? Shouldn’t that go against anything and everything a true physchologist worth his or her salt stands for? Oh, and isn’t that illegal? Brooke had no control over the fact that Stephanie chose her to be at her deathbed and Ridge should never be off the hook for having constantly gone back to Brooke. Ridge is a grown-ass man and should be held responsible for his own decisions. He and Liam are both being ignored as culprits in the exact same ways.

Either way, Taylor is taking her frustrations with Brooke out on her children, Hope and Rick, when Hope has done absolutely nothing to Taylor (she’s only been doing what she’s doing now in response to Taylor’s remaining daughter) and neither has Rick. Remember, it was not too long ago that Taylor was the nacho in Rick’s cheese. Phoebe’s ex… Nah, not quite the same as having sex with your daughter’s partner twice with the first one resulting in a child (hello, Hope!), but damn close enough! After all, all of this led to Phoebe’s death as she was in the car accusing Rick of using her, her mother and her sister. Cue the crash, blah-blah-blah and what-have-you.

Taylor’s other claim is that the Logan-Forresters have had everything handed to him. Not so. See, Brooke etched her place in the Forrester Creations legacy long before any of Taylor’s kids were even born. Even Steffy half-heartedly admits. Just recalling that amazes me how Steffy has an intimates line with no fuss, while all hell broke loose when it came to Brooke’s. Recalling that also reminds me of how awesome it was for Kim Matula to be chosen to play KKL’s daughter–they really look a lot alike. Not only has Brooke been in FC longer than the Marone/Forrester kids have, but so has Rick. Remember, Thomas and Steffy were mere teens when Rick came back from overseas. Thomas landed his position and became one of the top designers in the company, Steffy launched a successful young women’s intimates line while holding the position as PR lady for Forrester Creations and Hope was given the opportunity to start a clothing line as fairly as anyone else. I mean, it wasn’t Brooke’s crew that deliberately rigged a sign to say “Ho Logan.” No, critics, I’m not letting Hope off the hook for vandalizing Bill’s house either, even though I understood. WHOA! I TOTALLY FORGOT THAT THOMAS del TEAM-TAYLOR WAS IN ON THAT TOO! Oh silly, silly me *inhales* (in my Rachel Maddow voice). Bottom line, there’s been more than enough hard work exerted among the duelling kids, but the Logan-Forresters definitely earned their keep.

I’m basically drained at this point, so I hope you get me. For Taylor to piously try to constantly “help” any of the Logans, especially considering her shady antics that include but aren’t limited to driving while intoxicated, accidental homicide, alcoholism and violating the Hippocratic Oath for reasons other than her patient’s best interest, she will never be a victim to me. For kids to have done and continue to do the things that they’ve done, none of them will ever be victims to me. Now, some on Team Taylor may take this as me being biased. Well, I am. A truly good argument is biased and part of explaining your bias is showing that facts that lead to your rationale. After all, the critics are just as biased as I am because they’re taking sides too. Please comment below, follow me on here and on Twitter and subscribe to me on YouTube.