“The Bold and the Beautiful” — Response to Criticism

“The Bold and the Beautiful” — Response to Criticism 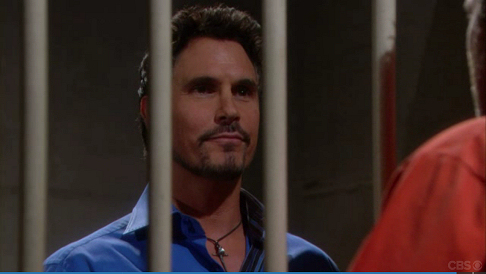 Anyone that knows me will tell you that I can have a pretty sharp tongue. Alternatively, these same people can ultimately tell you that I love debates and engaging in conversation, especially regarding things that I have a high interest and passion for. The massive B&B world is no different.

One of my blogs has been featured on B&B Universe since January, a site I frequent because they’re unparalleled. I’ve read the comments on my entry for the first time last night. Anyone who has spent a significant amount of posting material online to the masses develops a thicker skin over time, and everyone warrants criticism. With that said, I did expect a tough crowd as many of my blogs are a complete 180 from the users of the website. This is why the entry, under the banner “Another Take,” is featured there in the first place and I love that.

Cutting to the chase, I really appreciate the feedback that I got, and I’m not being sarcastic. A couple posters at least understood my point while the rest, to a degree, vehemently hated my take on the show, all while liking the way these blogs are put together. After all, I didn’t ace my English Comp courses for nothing!

Backtracking to earlier, anyone that knows me knows that I always feel the need to defend myself. Let’s begin.

My take on the characters of B&B differs from many. The Logans, always bothersome for many reasons—I don’t loathe them. Because of that, some view it as if I loathe the Forresters, and I don’t and never did. Because of this, I’m willing to see all sides of a situation on the show. My approach to everything in life is that I take what I’m seeing, what I know and I draw my conclusion, and if I smell stool, I’ll call it as I see it. It just so happens that my conclusion differs. It’s the same for a blogger who would write something in a similar vein as me, taking their broad knowledge of the history of the show, but replacing “Brooke” with “Taylor” and “Logan” with “Forrester.” Would I call it a spin? Not at all. That implies that they’re lying. In my case, was I lying?

So with that, I want to take time to respond to a few of the posters.

“No offense, but your article is a bunch of pro-Logan spin. Saying Taylor should get over how Steffy died, but Hope has every right to come between Steffy and Liam because Bill lied to her is out right wrong. Hope is an interloper, Liam’s character has been completely and utterly ruined. As for Taylor, she expressed what a lot of us viewers felt, how WRONG it was for Stephanie to die alone with Brooke. Anyone who has watched this show from the beginning knows the history of how deep her hatred was for Brooke. Hence her nickname, Slut from the valley. This was the worst ending for the best character I’ve ever seen. Even worse than Ridge marrying Brooke, instead of giving the viewers closure for Ridge and Brooke. As a long time viewer, I have afforded myself the luxury of saying I won’t listen to rants about how the Logans feel. Brooke has wrecked more marriages and more lives than any one person on here, and her daughter is set up to do the same. Sorry, I don’t agree, or like, your post.”

I’m assuming you meant “…giving the viewers closure for Ridge and Taylor” from 2010 or 2011. I don’t ever recall saying that Taylor needs to get over how Phoebe died. I said that Rick wasn’t the direct cause of her death. Unfortunate nonetheless, that’s just the truth. That’s not on par with Hope’s, Liam’s nor Steffy’s status in their dispute as we’re basically making apples-to-oranges comparisons when it comes to the circumstance of a character’s death and the two diagonals of a love triangle. Stephanie dying in Brooke’s arms wasn’t the preferred ending for anyone, but it simply…made…sense from Stephanie’s point of view. Yes, I did grow up with B&B. None of us wholeheartedly agree with how it played out because it goes against the history of the show, but it was Stephanie’s questionable choice. I appreciate the response.

“I have to agree with you Bella. While the article is very well written, I cannot agree with any of it. To me, it was like reading every other Logan Lover, Steffy, Taylor, and Thomas hater article or comments from other B&B sources. No disrespect toward the author, but I do not like this article.”

Any good debate must be well written because the intent is to make your points as clear as possible. However, just because one sees where the Logans or Forresters are coming from, in any event, doesn’t make them a “–lover” or “-apologist” as the politicians say. “Liking” or whatever is beside the point and deviates from the actual argument. The actual argument is this: do you get it?

“read your article again. I really like your perspective on Thomas. I liked the way you identified with him.”

I have the softest spot for Thomas—probably more so than any other fictional character on television. He dramatizes everything I see in myself, both the good and the bad. That’s why when he’s the good guy, I love him and when he’s the badass, he makes me seethe. I’m a Cancer, if you’re into that kind of fun logic; I’m emotional and I feel a lot. Best believe, on a daily basis I have these odd flashbacks to Thomas’ moments on the show. It’s like I sort of live vicariously through him sometimes.

“We get enough of this kind of thinking on EVERY OTHER B&B website! Why do we have to see it here? Trying to be FAIR? Why? When have the Logan fans EVER been fair?! This article is just more Loganizing and I won’t ever read it again!”

Very pointed. I respect that. However, let’s get to the meat of this whole thing—fan loyalty. It’s what B&B was built on. You have the sporadic few who believe that Hope is an innocent, lost little girl and Brooke is the best mom she could be (that was sarcasm), you have some that will fight to the death for the sake of Taylor, Steffy and Thomas and believe it or not, you have some that are not going to take sides just for the sake of taking sides. I’m neither a unicorn nor the Loch Ness monster as many do comment on the show similarly, being based on the issue. Even in today’s political atmosphere, much like B&B world, people vote based on that, the issue.

“So when have Logan fans been fair? Why?” Again, we’re implying specific loyalties when there isn’t one. What’s wrong with actually wanting to recount all sides of the fictional story? It’s a debate about our favorite show with differing opinions that we stand strong on unapologetically.

The debate continues on as we all watch, tweet and blog until our appendages fall off. We’ll agree, we’ll disagree and we’ll even agree to disagree. That’s what keeps it…bold…and beautiful.