My parents and goddaughters took a trip to Houston to visit my step-uncle for his son’s birthday party. For my eldest goddaughter, it was sheer and utter dread; she had to babysit my two other girls, but the dread turned to awe once she got to Houston. While having the large one-story five-bedroom house to myself for the weekend, I got a call from her, whispering:

“John and TeTe are talking about moving to Houston, but you didn’t hear it from me.”

Though I had undermined them for years, numerous situations, both professional and personal, were leading me to Houston. This is the same city in which I spent many summers at AstroWorld—a city that was a recurring theme in my life. But due to the timing of it all, and my total and complete disenfranchisement with Baton Rouge, its way of life and the vast majority of people I had come to know there…

…it was time to take the leap of faith.

Within nearly a year’s time, we have arrived, and I couldn’t feel more blessed.

A relative works out of William P. Hobby Airport, and from time to time, I have to drop them off. I will be launching a new television series from the Bayou City later this year, and I’ve used my return trips to Spring, my actual home, as ways to scout locations for footage. On this particular day, I chose to drive around downtown to get familiar with the streets, landmarks and traffic flows. I’m a city boy born and raised in New Orleans, and while Baton Rouge has given me a lot—of which I’m beyond thankful for—my twelve-year post-Katrina stay has been quite the drought.

I’ve missed urban living. I’ve missed the myriad sights, sounds, hustle, bustle and food that large cities have to offer. In driving around those wet, cloudy streets of downtown Houston, I felt like I was home.

This was what I grew up on.

I’ve marked my locations, I’ve taken notes and now it’s time to head back to Spring. But there was one specific shot that I had in my head, a callback to a Visit Houston ad featuring a kayaker in Buffalo Bayou. I had to find that site. I used GPS to find Allen’s Landing, but that was about a mile away from the spot I needed. Great with direction, I followed Bagby Street to my exact point: the Sabine Street Bridge.

We’re now at Buffalo Bayou Park. The complex is fronted by a visitor’s center, with the historic Buffalo Bayou Park Cistern (water storage) beneath it and a public patio above. I parked there, crossing the street and down the stairs to the miles-long jogging trail.

Words couldn’t describe the sheer, yet ominous beauty of those skyscrapers, as they grazed the cloudy Houston sky.

I’m mildly agoraphobic—I have a slight fear of large objects and large, open spaces. I left my hoodie at home, but I did have my umbrella. It rained off and on, as I took these iPhone photos undeterred.

It may be a little soon for me to say, but not since my hometown of New Orleans have I been in a city where so many people actually acknowledge your existence. The people of Baton Rouge, in my experience, were more often cold or crass. Houstonians, on the contrary, have been very warm, with pleasant nods “hello” or even random conversation. Case in point, I spotted a guy jogging in the drizzling rain downtown as I was driving. Fifteen minutes later, we cross paths on the Sabine Street Bridge, quickly chatting about a police scene.

“What happened over there?” he asked with a slight pant.

My social anxiety is on 10, so I’m slightly flummoxed.

The conversation went on, me becoming more relaxed as those few seconds passed before parting ways.

I just had a not-so-awkward conversation…

I just had a conversation…

I need this in my life…

By this point, I’ve gotten my impromptu photos, I’ve scouted my locations and I needed to get back to Spring. But that public patio was calling for me.

I moseyed in the rain, now pouring, to get one final glimpse of the skyline for the day.

I was up there with a couple of people meeting over a laptop.

Still, no amount of photos or video could capture the glory of the Houston skyline and the adjacent parks.

My quick learning eventually got me back onto I-45 North. I drove in the heavy rain with a sense of relief. I’m one of those unapologetic weirdoes who finds God in everything, and this was God. I drove back to Spring with a further renewed sense of optimism.

I’m in a city with people who aren’t afraid to wear their skinniest pants or their most Technicolor hair…to work…in an office. I’m in a city where people have no shame in saying ‘hello’ or ‘excuse me.’ I’m in a city where art is everywhere, and everything is art—where “Be Someone” and “Remüv Hate” aren’t graffiti, but respected symbols. I’m in a city that seems to steadily want to move forward.

I have zero idea what this new life in Houston has in store for me. I’m getting some of the biggest, best blessings from peers and elders of past and present. I don’t know what Lord God has in store for me either, but on His name and on His word…

Thank you for reading! This website serves as my portfolio for your eyes, ears and mind to indulge in. Feel free to explore this site, where you can view my body of work. Further, follow me on LinkedIn, look me up on IMDb and subscribe to me on YouTube. Message me at javanhtv@gmail.com for any inquiries. 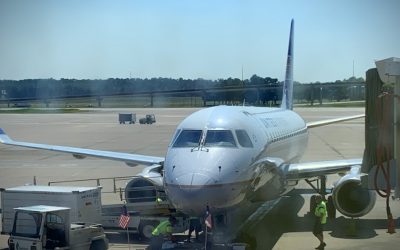 Have You Flown the Embraer E175?

This little plane has always intrigued me, but I was never curious enough to fly one until moving near Bush Intercontinental. It has to be the most comfortable narrow-body I’ve ever flown on. 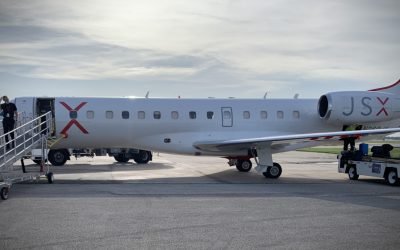 Have You Flown JSX?

I saw this white Embraer Regional Jet coming in under the banner “JetSuite X.” I just knew it was some wealthy exec or a corporation, at least a medical flight. Nope. It’s a carrier.

← Prev: From A Millennial's Perspective This Is Houston: Imperial Garden Chinese Cuisine →

Have You Flown the Embraer E175?

This little plane has always intrigued me, but I was never curious enough to fly one until moving near Bush Intercontinental. It has to be the most comfortable narrow-body I’ve ever flown on.

Have You Flown JSX?

I saw this white Embraer Regional Jet coming in under the banner “JetSuite X.” I just knew it was some wealthy exec or a corporation, at least a medical flight. Nope. It’s a carrier.